The internet is responsible for many advancements in life. All of the encyclopedias that used to sit on the mantle of the fireplace at my childhood home are now a few mouse clicks away. Today's youth don't know how good they have it.....(dang it, I sound like my dad there, something I said I wouldn't do when I grew up).....

But there is a dark side to a plethora of information as well. How do you sift through all of this information to find a trusted source? There is the issue of "fake news". Just like the title for this article - FAKE! But that is the problem - the internet allowed everyone to have a voice. I would not call all of them trustworthy. And yes, while letting people express their opinions is good to some extent, I personally feel that there are just "too many voices" on issues.

Each person has to decide for themselves who they feel are "trusted" media sources, something not a lot of people are capable of or even want to do...

The Market Is Crashing!

Let's start by forgetting about a market "crash". The market is not and will not be "crashing". At least not yet. But a move to the 6,200 level that I discussed before in previous updates sure will feel like the market is crashing. But the other possibility I talked about

This first chart is a 3 month daily candlestick chart for the NASDAQ Composite to monitor its attempted rebound. The NASDAQ formed a Doji candlestick pattern after reaching the lower gap-down. The NASDAQ could have started its push down to the 6,200 level with Friday's sell off.

Analyzing the NASDAQ's Rebound Towards the Anticipated Rebound Zone

Yes, holding is still an option too. Especially for those than don't like to trade a lot. At least during this correction. Why? Because according to the Elliott wave structure, the market will still see another new all-time high.

Holding may not be a viable option for the next correction. But we will deal with that when it comes. We need to focus on the here and now, sort of....

If you want to continue reading this article for the NASDAQ Composite, you must first login. 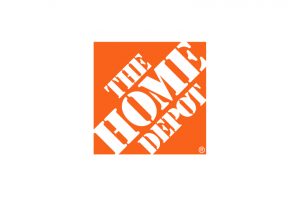 There are a lot of public companies out there. Not[...]