In my previous article for Sirius XM Holdings (SIRI), I identified a bearish reversal candlestick pattern. This pattern developed on selling volume that was higher than the previous month's volume. This tends to identify the end or close to the end of the uptrend.

Just this morning, SIRI reported another "standard" quarter for the company. What is a "standard" quarter? Basically revenue and earnings that are in-line with analyst expectations. But they added a new twist this quarter - they also announced a quarterly dividend for the first time in company history. Albeit, the dividend is only $.01 / share, but that small amount can add up for some investors that still hold hundreds of thousands of shares.

A full update will be out soon. I wanted to release this quick article though so SIRI holders could analyze the move towards the previous high of $4.44 and also the resistance area created by a bearish reversal candlestick pattern that developed a few weeks back.

This is a 2 year weekly candlestick chart illustrating the resistance area from the Dark Cloud Cover candlestick pattern that developed on extremely heavy selling volume.

Candlestick Analysis on a 2 Year Weekly Chart for SIRI

However, with all the selling volume associated with the Dark Cloud Cover candlestick, it is going to take some serious buying volume to break through the overhead resistance. Was this morning's earnings report enough to satisfy investors? Is the dividend enough to keep investors from selling their shares into upcoming strength? These are all questions that will be answered shortly. Let's first see how SIRI can close out the week in relation to its resistance area. Stay tuned. 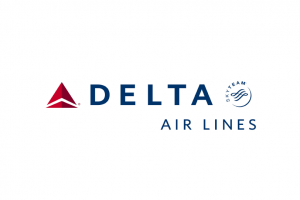 Monthly Candlestick Chart Review August 2016 is now over from[...]

This quick hits update will cover a wide swath of[...]