I Am Gold (IAG) has started rebounding from its downtrend lows. But is this the opportunity to go long that Trendy Stock Chart members have been patiently waiting for? IAG's share price has stopped well above my downside target area and started a rebound.

With the probability of no rate hike for November, why is gold rallying? December 2016 is definitely the wild card since there are expectations for a rate hike in December. But what if rates aren't raised in December 2016 as the market is anticipating?

It could be hard for the Fed to raise rates when the rest of the world is low. But I'm not here to predict the rate movements, so let's see what the charts are indicating.

This is a 1 year daily candlestick chart. It shows how I previously thought IAG's correction was going to happen. It didn't happen that way as you can see from the subsequent activity.

So what happened? Analyzing some of my previous calls, I seem to be a little early at times when looking for a reversal. Is this another one of those times? I think it could be. What if the entire downtrend to the $3.13 area represents Wave A in a Double Zig-Zag wave pattern? If I am thinking big picture on this Elliott Wave Pattern, remember that Wave 2 tends to give up most of the gains from the Wave 1 uptrend.

IAG recently developed a Rising Window candlestick pattern. Watch to see if its support area holds during any pullback. The support area is defined as the gap-up area. If the gap-up holds and the Rising Window candlestick pattern is not "closed", then look for IAG's share price to offer a trade opportunity to go long up towards the $5 area. This would only be a trade though as I still anticipate IAG's share price to break below its recent low of $3.13 based on the probable Double-Zig-Zag wave pattern.

Analyzing a Potential Trade Opportunity Up Towards the $5 Area

With a bad earnings report, this trade could fail and a more bearish wave pattern develops. At a very minimum, wait until the gap-up is re-tested before going long. A rebound with nice buying volume is the indicator to go long yourself.

One thing particular has me thinking that there is still a lower low than the $3,13 area for IAG; the current reversal that started about 2 weeks ago began on a Southern Doji candlestick pattern. However that Southern Doji candlestick did not develop on buying volume that was heavier than the preceding candlestick's volume. It appears to have offered a trade opportunity, but I do not think this is the reversal the longer-term gold investors are looking for.

This was one of those times where I had to step back and re-analyze charts. The share price action for I Am Gold (IAG) was not performing as anticipated.

With the added risk of upcoming earnings added to the risk that IAG started rebounding earlier than anticipated, the downside risk seems to outweigh the upside risk at the current price levels. Add to that a Federal Reserve that has stated several times that they intend on being very accommodating. I would rather see a more positive confirmation signal to go long on I Am Gold (IAG) before I start scaling in to go long again.

If you do decide to trade IAG, consider taking any gains before the Fed's next speech on interest rates. I am not sure of the exact date, but it is in November.

Those looking for a longer-term investment in gold miners, wait until you see at least a 61.8% Retracement on its previous uptrend. For IAG, that is the $2.95 area. My previous estimate was $2.50. The $2.50 - $2.95 area looks to be the area for longer-term investors to scale-in and start creating a core position. 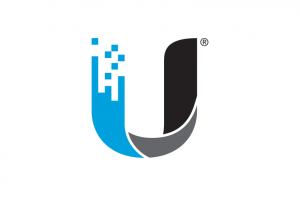 Ubiquiti Networks Inc. (UBNT) was a member requested update the[...]