The iShares NASDAQ Biotechnology Index Fund (IBB) had one of its largest percentage gains in history. This came immediately after the election results.

This huge gap-up of over 8% developed at the possible beginning of a new uptrend. One thing Trendy Stock Chart members have witnessed first-hand - the financial reward of purchasing stocks after their first price gap-up in a new uptrend.

Every first price gap-up I have written previous was higher in value after a 3 month period. With one of its strongest percentage gains ever, there should be no doubt that a new uptrend is underway for the index and a majority of its components.

There are so many possibilities for biotechnology companies to make the world a better place. Investors feel like the anchor that was dragging the ship down has been cut loose based on the election results. At least, that is how I anticipate investors in this sector feel after one of its largest percentage gains in the index's history. Let's see just how jubilant investors are feeling according to the charts.

This first chart is a 1 year daily candlestick chart to look at overhead resistance areas from the index's previous downtrend.

Analyzing a 1 Year Daily Chart for the IBB Index

On Wednesday, the IBB index appears to have completed its consolidation period. This consolidation came after a Rising Window candlestick pattern developed the day after the election results, creating a large gap-up support area.

If the iShares NASDAQ Biotechnology Index Fund (IBB) is going higher, let's first start with the primary price projection tool, the Fibonacci Extension Tool. I've placed it on the index's most recent uptrend to see where the next leg up could be going. I've zoomed in from the above chart and left the trendlines. I just added the Fibonacci Extension Tool to see how its target lines compare to the overhead resistance areas from the trendlines.

While most stocks reach for their Golden Ratio during their Wave 3 in a Bullish Impulse wave pattern, I think the IBB may have difficulty getting much higher than the 100% Target Line at first. It has resistance from 2 previous Falling Window candlestick patterns that happened very near each other during its downtrend.

It would need above average buying volume for several days in a row to try to break through on its first try. This is not as likely as it getting to the upper resistance area, only to pullback to the lower resistance area it broke through.

If the index can navigate through these main 2 resistance areas, the index could be ready to take-off once again.

This is a 1 year daily chart to look at the IBB index from a moving average perspective. In the not too distant past the index developed a Golden Cross pattern.

The index appears to have bounced from a combination of the 20 Day and 200 Day moving averages. This appears to be very bullish in nature. I anticipate the bounce continues next week and races the index past the 300 level.

Do not ignore stocks in this sector as part of a portfolio strategy. The iShares NASDAQ Biotechnology Index Fund (IBB) just experienced one of its largest percentage gains in its history. Risk lessens when a gap-up of that magnitude occurs. And when that gap-up develops at the beginning of a new uptrend, the risk to reward ratio usually becomes very favorable.

Adding some stocks from this index should help you outperform the major indices over the next couple of quarters. This could even set-up for a longer-term investment if the index reaches its previous highs.

I have written articles recently on a handful of stocks in the iShares NASDAQ Biotechnology Index Fund (IBB). Some of the stocks include Celgene, Macrogenics, Medivation and Tesaro. But let's not stop there. If you have a biotechnology stock you would like covered, leave your request below or in the Idea Chamber!

Tags: 100% Target LineFibonacci Extension ToolGolden CrossIBBiShares Nasdaq Biotechnology Index FundPurchase Shares on 1st Pullback Below the 200 Day Moving Average After the Development of a Golden CrossPurchase the 1st Gap-Up in a New Uptrend
No Comments
Share
0

The iShares NASDAQ Biotechnology ETF (IBB) is an ETF is[...] 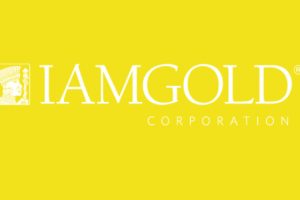