I was asked several months ago about Micron (MU) and its ability to double in value. A Trendy Stock Charts member received the recommendation from their broker and wanted to see what technical analysis thought. I wrote a very positive article stating that the possibility of a double in the next year was very probable. Well, that double has happened.

So starting with the fact that the stock has basically doubled since May 2016, it would appear that MU would need some time to consolidate before making another move. The recent volatility also suggests a correction taking place, especially with MU down since reporting a good earnings quarter. Trading MU could be very profitable for anyone purchasing shares below $17 and then selling them at $17 or higher.

Let's start with a 3 year weekly candlestick chart. This chart length captures MU's drastic downtrend that created the potential double opportunity. MU was once a $37 stock less than 2 years ago. The Fibonacci Retracement Tool shows that MU's minimum 38.2% Retracement Line trade target price has not yet been reached.

Micron (MU) appears to be in a Wave 4 of a Bullish Impulse Wave Pattern. The estimated target for the Wave 4 pullback was the $15.50 area that I've written about. Once the pullback completes, the estimated target price for the last wave higher, wave 5, is around the $20 mark.

MU's share price pulled back into the $16 and change area several times now. Anyone that sold shares into earnings strength should look at repurchasing some shares on any break below the low from last weeks candlestick of $16.17. Any repurchased shares should be disposed of in the $20 area on the estimated last push of a Wave 5.

I want to end with a big picture look at Micron (MU) and its possibilities over the next year or two. This is a stock that could be entering another multi-year bull run. Take a look at this 20 year monthly candlestick chart. The MACD Histogram indicator is telling you to make sure you get shares during this pullback because it is just turning positive. It is just starting to show buying momentum. This after its share price has already doubled. This looks very bullish on this chart. This is a trend that could continue for several more months or even the next year before showing any signs of weakness.

Micron (MU) went on an amazing uptrend that began in November 2012. Its share price started around the $5 mark and ran all the way up to $36.59, before giving most of those gains back. Its share price bottomed in the $9 range early in 2016. That uptrend and pullback looks very symmetrical and fits all the characteristics of a Wave 1 and 2 in a Bullish Impulse Wave Pattern. Wave 2 devastated people by dropping from the $36.59 back to the $9 range.

If that is the case, then this current uptrend for Micron (MU) is going to be a fun one for anyone long shares. This could be a massive Wave 3 where the upside price targets are the 100% and the 161.8% Target Lines on the above chart. Yes, that is the $40 and the $60 area.

It appears that Micron (MU) has some great trading opportunities over the next couple of months while it reaches for the $20 area. The longer-term opportunities also continue to look good for Micron. In a market where not much is working, take a look at this stock if you haven't already. It's charts look better than most things out there right now with some nice upside potential still left in a stock that has already doubled since May. 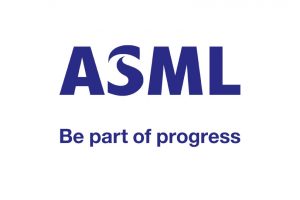 The semiconductor industry and stock sector has been very hot[...]

This update has been a week in the making. Unfortunately[...]