A request came from a Trendy Stock Charts member to do some analysis on a couple of what he referred to as "4 stock stinkers". Those companies were Chicago Bridge & Iron, IMAX Corporation, Macy's & Teva Pharmaceuticals. The ticker symbols for these stocks are CBI, IMAX, M & TEVA, respectively. I have not written about any of these companies previously.

So let's dive right in and see just how bad these stinkers look. Maybe there is a way to mask some of the odor with Febreeze air freshener. I use Fibonacci Extension Tools and previous consolidation areas to analyze potential downside support areas.

If any of the companies look like they have turnaround potential after they reach one of their support areas I've identified below, drop me a request to do a follow-up article. In the meantime, let's see just how bad these 4 stock stinkers really are.

This chart for Chicago Bridge & Iron (CBI) is a 20 year monthly candlestick chart to look at some of its previous lows. The red Fibonacci Extension Tool I placed on the chart shows a $2.39 price target at the 100% Target Line.

Maybe CBI's share price can find support a little higher than the $2.39 price level calculated by the Fibonacci Extension Tool. That area would the $6 - $8.50 price level.

The current Elliott Wave pattern for the above monthly chart suggests a bottom could be 2-3 months out. Consider monitoring CBI's share price after it pulls back under $10.

This next chart for IMAX Corporation (IMAX) is also a 20 year monthly candlestick chart. This long-term of a chart can help to see multi-year support and resistance areas.

I current see support areas for IMAX below its current share price. Those support areas are $17, $10.75 and $5.75. Considering the MACD Histogram on this long-term chart is showing selling momentum that is still increasing, the $17 price level does not look like a probable bottom area.

At the very minimum, wait until there are 2 consecutive months of decreasing selling momentum for the company before considering a scale-in purchase.

From this initial review though, I would not recommend an initial purchase until the $10.75 support area is tested and possibly even re-tested. The MACD Histogram continues to show increasing selling momentum. This will lead to lower share prices.

This chart for Macy's (M) is also a 20 year monthly candlestick chart, but there are less than 20 years represented. Macy's did not become a public company until June 2007.

The $18, $10 and $5 support areas seem very similar to IMAX that I just reviewed above. However that is nothing more than a coincidence as these are 2 totally different companies in different sectors. Just a coincidence I guess.

This last chart is for Tea Pharmaceuticals (TEVA). This chart is, you guessed it, a 20 year monthly candlestick chart. After breaking the $20 support area, TEVA has the $13 and $7.90 possible reversal areas identified.

When a stock makes a low on the heaviest trading day, it is either a sign of capitulation or a sign of additional selling to come. The only way to make certain on which it is would be to have patience and let some subsequent trading activity play out.

Let's wrap up this 4 stock stinker article. All 4 stock stinkers show the probability of lower prices still. Making an initial scale-in purchase is not really recommended on any of them at the current time. The MACD Histograms on all these charts show selling momentum that continues to increase. Increasing selling momentum typically leads to lower share prices.

In my opinion, the most important thing to remember when a stock may be forming a potential bottom is to not rush into the trade. Let the stock show some signs of life. Wait for multiple bullish indicators to appear on longer-term charts such as weekly and monthly charts. Consider even watching the first rebound from a support area and the next pullback. The pullback after the rebound is usually the less risky opportunity to jump on the trade. That is, if the re-test is successful and does not break below the bottom of the uptrend.

With that being said, I would start by setting alerts for any of the above stock stinkers I've reviewed. Use the support areas identified for each as the alert price. The alert should be set to go off once the company's share price drops below the support area price. Or, just drop by the Idea Chamber and ask me to re-analyze a company. 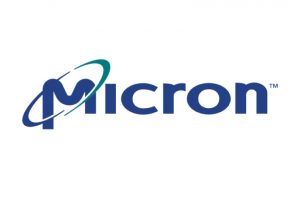 If you have ever seen a commercial for Energizer Batteries,[...] 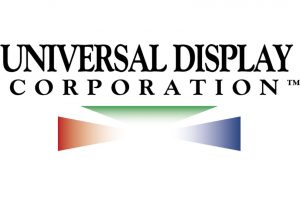