Over the years, I am sure that many of you have heard Microsoft (MSFT) called by its nickname "Mister Softy". The stock charts for Microsoft have been anything but soft though. At the end of August 2017, its share price made a new all-time high.

I had a request come through the Idea Chamber, the members-only forum, to re-analyze MSFT's charts and confirm that its bullish price objectives I've previously calculated are still in play.

In July 2017, after MSFT's most recent earnings report, I posted a 1 chart article and made the following comments:

A Hanging Man candlestick pattern indicates a possible short-term correction. If that is the case, MSFT's share price should find support at the 38.2% or the 50% Retracement Lines during the pullback.

I do anticipate it finds support here though and continues its ascent towards higher share prices.

Looks like MSFT's share price pulled back into my preferred "scale-in purchase area" a couple of times. Its share price has since started to rebound, which is confirmed by its MACD Histogram indicator.

Now let's focus on the second comment from my July article:

I do anticipate it finds support here though and continues its ascent towards higher share prices.

Let's use some of the Trading Tools to re-calculate some shorter-term and longer-term price objectives.

This is a 6 month daily candlestick chart with…...

If you want to continue reading this article for Mister Softy Microsoft (MSFT), you must first login.

I review both shorter-term and longer-term price objectives for MSFT's share price, both of which are bullish. And last but not least, I illustrate a strong support area below its current price also in case of any market weakness over the next couple of weeks.

If there are any TSC members affected by the recent[...] 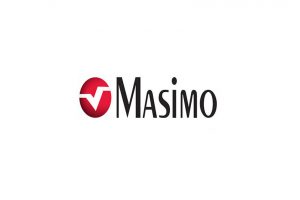 Masimo Corporation (MASI) is a global medical technology company that[...]