Apple & I Am Gold

Now that I am back from my short little get-a-way fishing trip, I want to start off the articles with updates on Apple & I Am Gold. Apple's new phone has been announced and IAG's Wave B trade is in process. Let's check on the charts for both of these events.

Apple (AAPL) announced the new iPhone 7 in the wake of Samsung's new phone having battery fire issues. How massive is the upgrade going to be for the new iPhone 7 this holiday quarter? My opinion is that AAPL will probably have its single largest quarter for the number of iPhones sold. That idea seems to be gaining some traction as multiple cellular carriers have been reporting record pre-sales for the phone.

A $112.40 print or higher for AAPL's share price before any major consolidation would be considered a confirmation to purchase AAPL's pullback after printing the $112.40. The purchase area would be today's gap-up area.

Let's get an update on the gold trade that I have been trading and reporting on for IAG. Last I wrote about the charts was in the Idea Chamber where I mentioned it looked like IAG was in the middle of a Zig-Zag Wave Pattern.

While there is a real possibility that IAG already completed Wave B and has started Wave C of the Zig-Zag Wave Pattern, I think Wave B still has one more push up to the $4.50 area to complete a minimum 38.2% retracement.

However, the requirement for a Zig-Zag Wave Pattern is for the second uptrend to be of about the same length as the first uptrend. IAG's share price activity fits that requirement.

If you got into IAG as a trade, you should be exiting this trade before the Fed makes their announcement on the September rate hike. Look to dispose of any remaining shares into any strength before the Fed announcement. I sold 2/3 of my trading shares yesterday as yesterday's strength was a great day to sell into. Today I repurchased a few shares but I will be looking to dispose of all my remaining shares over the next day or two as I do not want to personally hold any shares though the Fed announcement. There will be plenty of money to be made one way or another after the announcement.

Understand that in the worst case scenario IAG could see the $2.25 - $2.50 area as the maximum pain pullback level. That is where the approximate top of Wave 1 is on IAG's uptrend from $1.15. While I do not think the worst case scenario is going to play out, it is usually best to watch corrections/pullbacks from the sidelines unless you are a long-term holder. But that is also why it is imperative to lighten any long positions going into the Fed decision.

In a previous update for Apple (AAPL), I reviewed its[...] 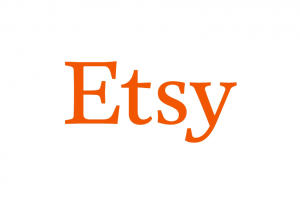