Duck-Duck-Go on their homepage DuckDuckGo.com says they don't track you. Since I use DuckDuckGo as my search engine, let me inform you that their no track policy appears to be a big fat lie. I still see "personalized" ads for items I've searched for through their search engine. How else would that happen without tracking?

I should just switch back to Google for searching since I'm probably going to get tracked regardless; at least Google will provide me with better search results. The results from DuckDuckGo seem hit or miss at times. I still can't get used to calling Google by its parent company name, Alphabet (GOOGL).

Its been a couple of months since we've looked at a chart for Alphabet (GOOGL). And since earlier tonight I posted a chart showing a bearish outlook for FB in the short-term, I though it's a good time for an update on the search king.

Let's start big picture with GOOGL. This is a 20 year monthly candlestick chart that captures GOOGL's entire time as a public company (almost 12 years). GOOGL's share price is really struggling to break through the 100% Target Line from the blue Fibonacci Extension Tool.

This next 5 year weekly candlestick chart for GOOGL shows that it developed a Doji candlestick pattern on its weekly chart too. It was not a Gravestone Doji like on the monthly chart, but a Doji pattern at the end of a long protracted uptrend, which GOOGL had before this Doji, could mean a short-term reversal for its share price.

Based on the supporting trendlines below the current share price, a 10% correction looks like the most probable correction. That would place GOOGL's share price around the $720 area. What is going to get its share price there? Most likely general market weakness. Remember how on the most recent NASDAQ update I was indicating further weakness in the market? If that is the case, GOOGL appears poised to revisit the $720 area.

However, if GOOGL's share price cannot close above ,the resistance area, watch out for the $720 mark.Do not spend all your cash at the $720 mark. Save some for $650 also.

With a Doji Candlestick on its monthly chart in August 2016, risk is building for GOOGL's share price. If you are sitting on any gains with Alphabet (GOOGL), taking some profits off the table may be a good idea for the short-term.

Consider letting some shares ride but with the risk building from bearish candlestick patterns, a pullback seems the most likely outcome after GOOGL's next earnings report. But since their earnings report is on October 27, there will be plenty of time for its share price to try and close above the resistance area by the end of the month on heavy volume.

Now all Alphabet (GOOGL) needs is a revenue and earnings beat, along with good guidance. That's not asking too much, right!? Determine what your risk to reward ratio is - GOOGL above is offering about a 1:1 ratio. That means there is equal risk to the upside as to the downside for the same dollar move. Not a very enticing bet. 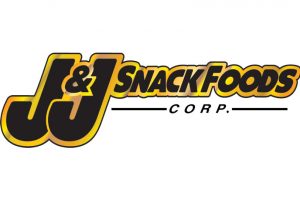 Let's look at a trio of internet companies in this Trendy[...]