As a fisherman, I have plenty of stories about "the one that got away". Matter of fact, I could probably keep you entertained for an entire day with those stories. I can vividly remember details of just about all the nice fish that I've lost and those particular fishing moments. In a moment that may last from seconds to minutes, you are taken on a roller coaster of emotions that includes hope and failure.

However, as an investor, I like to keep stories of the ones that got away to a minimum. But hey, it still happens. Todays article is a perfect example. Advanced Micro Devices (AMD) story doesn't happen over a matter of seconds to minutes, rather weeks and months.

You see, Advanced Micro Devices (AMD) was a stock I used to write about quite regularly. I was also an investor and made some decent trades and 1 bad trade with the stock. And then the stock seemed to go nowhere....and that's when this story begins...

After I get a chance to dig through the backup hard drive, I'll post the chart from the last article I wrote for AMD which I am guessing was at least a year ago. As most Trendy Stock Chart members know, I had problems with the backup files after switching to the new webhost provider. That was part of the reason I switched. My website was down continuously with errors from them tinkering with my database files. Oh well, maybe someday I will get a chance to pay someone to restore the files and sort out the errors with the backup Until then, I have to move on....

While the $15.67 might be AMD's shorter-term target I see, the other thing that catches my eye is the 423.6% Target Line that converges with an overhead resistance trendline. Could that be AMD's overall endpoint for the uptrend its in possibly 2 years down the road?

This chart is a 2 year weekly chart where I left the main supporting trendline from the 20 year chart. I then added a more aggressive trendline that could be used to make a scale-in purchase.

With the $15.67 area being the Golden Ratio for the current uptrend, that still leave approximately 15% upside from current prices.

I've highlighted the least risky places to scale into shares during the current uptrend. However with a MACD Histogram increasing on both the weekly and monthly charts, a more aggressive strategy may be needed to join the trade now.

Let's discuss one possible strategy for those wanting to jump in on the trade now. Take your trade amount for AMD and divide it by 3. Those are your 3 scale-in purchases to make. Pull up a 5 minute candlestick chart tomorrow and purchase 1/3 tomorrow on any pullback and anticipate riding those shares up to the $15.67 area.

If the share price keeps climbing after your purchase and you are up approximately 2%-3%, go ahead and make another 1/3 purchase and ride out the 2/3 of the position to the $15.67 area.

If the share price drops after making your initial purchase, use the price levels within the gray shaded boxes I've identified to make another scale-in purchase during the pullback.

The other 1/3 can be used according to your trading style.

This is a 1 year daily candlestick chart to look at possible entry points from a moving average perspective.

Less aggressive investors want to watch for the first pullback to the 20 Day moving average to make the first scale-in entry.

While Advanced Micro Devices (AMD) might have "broken the line" and caused for a good story, there is still time to catch ole' bucket mouth and change the story's ending.

However, casting for him at current prices can result in a broken line. There is a lot of trees and other submerged stuff in the water at these levels. Waiting until you get a patch of open water in the $12 range can result in a better hook-up and chance of success. If you go casting for him in the trees at these prices, be prepared to tie on more lures (average down to get out of a position) because you may lose a few.

But with patience and a steady hand, ole' bucket mouth could still be a wall mount after all.

On deck: An article for the Walt Disney Company (DIS) should be out later tonight. I will then check for any requests for additional stocks in the Idea Chamber. 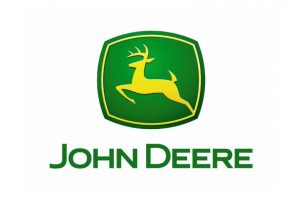 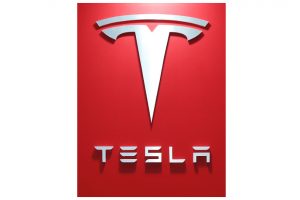 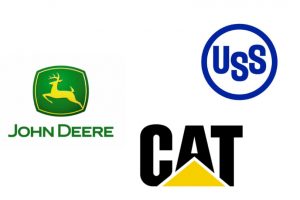