In my previous full-length Tesla (TSLA) stock chart update I discussed a "conservative" $400 price target for its share price. That article was titled "Tesla (TSLA) 2/11/2017 – “Conservative” $400 Price Target". That February 11 stock update was requested by a Trendy Stock Charts member after noticing a $400+ price target on its P&F chart. The member wanted to see if that price target could be supported by any other methods of technical analysis, which I proved it was.

So let's check in on the status of TSLA's march towards the $400+ price targets.

Candlestick confluence areas can be very powerful support and resistance areas. This 5 year monthly chart illustrates a confluence of bullish reversal candlestick patterns. I discussed this confluence during my previous TSLA update. Each of the below bullish candlesticks have support areas near each other.

TSLA's share price broke through its overhead trendline resistance with the gap-up and also broke above the resistance area from February 2017's Shooting Star candlestick pattern (not marked on the chart). It did this on above average buying volume.

So what can be expected from this potential breakout? Let start with the………..

If you want to continue reading this Tesla (TSLA) stock chart update and analysis, you must first login.

If you are not a Trendy Stock Charts member, consider subscribing today! There are several different subscription plans available.

I know I've complained about this before, but it's been[...] 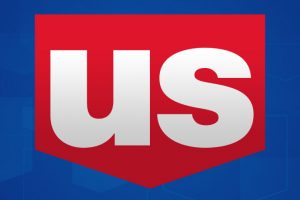 US Bancorp (USB) Stock Chart Review This next update is[...]