First off, if you own shares of grocery stores or similar type stocks, those holdings have most likely seen a significant decrease in value in the last couple of weeks alone. Kroger (KR) is one of the grocers that has been affected in this decrease

Ever since Amazon (AMZN) announced their acquisition of Whole Foods, the share prices for grocery stores have taken a hit. Investors grocery stores must be expecting Amazon to continue its low-cost leader ways and bring savings to grocery bills.

I personally shop at a grocery store called Mariano's. Mariano's has a couple of great features. One of them - food purchased at Mariano's can be prepared by their chefs in-store before you go home. "I'll take a medium-well steak to go"...

There is also a small cafe and a couple of hot bars if you want to eat in-store. The sell a lot of natural, organic and imported items. In December 2015, Kroger (KR) completed their purchase of Mariano's grocery stores. So I guess I shop at Kroger (KR) now even though the sign says Mariano's.

A request came through the Idea Chamber for me to analyze this stock. So let's jump to the charts and see what sort of support levels can be identified on the charts for Kroger (KR).

This first chart for Kroger (KR) is a 20 year monthly candlestick chart. Charts with longer time frames help you to see the larger trend at hand. Let's analyze KR's downtrend and see if the $21 and $17 areas look like good support areas.

Let's remove the $21 support area from the equation. The largest volume spike for a downtrend happens in 1 of 3 places - the beginning, the middle or the end. This large volume spike is not at the beginning of Kroger's downtrend. Now we are left with 2 remaining possibilities.

To me, this large volume spike appears to be in the middle of Kroger's downtrend. That would indicate that the red 161.8% Target Line is the probable price objective for the current downtrend.

Let's zoom in closer to look at the price targets from the Fibonacci Extension Tools.

This next chart is a 5 year monthly candlestick chart. The price targets from the Fibonacci Extension Tools are easier to read when I zoom in a little bit.

The only true consolidation area immediately below the current price level is the $17 price area. The 161.8% Target Line from the red Fibonacci Extension Tool sits over 20% below that area at $13.73. The $13.73 price level also coincides with a longer-term support area.

So does KR's share price find support at the $17.75 price level, which is the Golden Ratio for the second leg of this downtrend? That would be identified by the blue 161.8% Target Line.

Or does it continue down towards the Golden Ratio of its overall downtrend? That would be the red 161.8% Target Line.

I believe those are the 2 key "Golden Ratio" areas to watch for probable reversals. Last and not least though, I would not rule out the $10 price level just because it is a nice round number. The $10 price level is represented by the blue 261.8% Target Line. That would mean its current decrease caused by Amazon gains some more traction.

This last chart for KR is the same 5 year monthly candlestick chart. But I've removed all the Fibonacci Extension Tools and instead am using the "Downtrend Channel Test" to look for a bottom.

I discuss how to place the anchor points for the test on the Trading Channel Tool web page.

A successful downtrend channel test will show the share price breaking out of the top of the channel without breaking below Anchor Point #2 before it does. When a stock breaks out above the channel, it should be on buying volume that is above average trading volume. The stock's next pullback after the channel breakout is the one to monitor and look for an entry share price to go long. Typically, the stock will use the top of the Trading Channel as an area to rebound.

Considering all the above for this test, Kroger (KR) appears to have a substantial amount of time ahead of it before it bottoms out and confirms its bottom-out process.

The one item on this chart that gives me pause about the current support level is the MACD Histogram. The MACD Histogram had a reading of -1.563 in October 2016. In August 2017 it had a reading of -1.589, slightly more selling momentum that the first leg of the downtrend. That means that the selling momentum is increasing during the second leg of this downtrend. I do not consider that to be a good sign for the current $21 support area.

If KR's share price is developing a Bearish Impulse wave pattern, it should break below its June 2017 low one more time to complete its Wave 3. A counter-rally would follow. Maybe even all the way back up to the $25 price level.

But that rally is for traders, not investors. That rally would be Wave 4. You don't want to be caught long in a position during the final Wave 5. It has to break below the low from Wave 3.

As a reminder, I use the P&F Chart feature from stockcharts.com to come up with the price objectives and charts.

If the $21 support area does not hold for Kroger's share price, I think the final destination may be closer to the $10 - $13 range.

For any stock that is in a long-term downtrend, it is not wise to invest at higher support areas until confirmation of a reversal has taken place. There has been no such confirmation for Kroger (KR). And even then, most grocery stores have very slim profit margins. I do not believe that these are the types of stocks you want to own.

I believe that regardless of Amazon. However, Amazon's presence could continue to put short-term pressure on Kroger's and other grocers share prices until investors piece together Amazon's long-term plans.

In the meantime, there does not appear to be any need to rush and purchase shares of KR to go long. Let its downtrend continue to play out over the next couple of months. I believe it may even rebound slightly for a month or two before it continues its final 3rd leg down.

And even if there is no 3rd leg down and a Bearish Impulse wave pattern fails to develop, there will be plenty of opportunities to purchase shares near the low of its current downtrend during a successful re-test of its bottom.

FANG stocks have seen some increased selling pressure lately. The[...]

It's time for the holidays and discounts! Electronics and other[...] 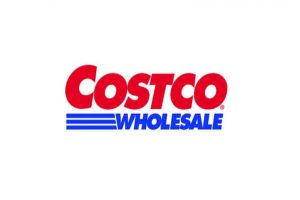 This is a Costco (COST) stock chart review. This was[...]